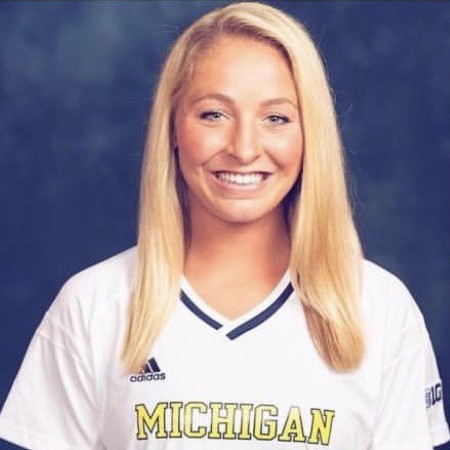 By Christina Ordonez
Former Division I player and Team Captain '15 at the University of Michigan where I played from 2012-15. Made appearances at the Big 10 and NCAA tournaments including a 2012 Sweet 16 appearance and 2013 Elite 8 appearance. Born and raised in Chicago, I played for and served as Captain of NSA Fury who won various State Cup, Regional, and National titles, including the 2011 u-17 National Championship title.

Analyzing soccer game video depends heavily on position. All players and coaches should start by understanding the game as a whole. While watching the game video, take note of how the play changes throughout the game. Are possessions being lost more or less? Are tackles getting harder at the end of the game?

Once major trends of the game are understood, each position has a set of these broader questions a player or coach should be asking themselves. Let’s break it down by position. Use these links to jump to your position:

As a reminder from How to Review Your Game Post-Match, you’ll want to review game video either the same day or the morning after so that match is fresh.

A forward should be looking for three things: goals & assists, runs made to open up space, and dribbling. To analyze goals and assists, ask a few simple questions: Is a shot done with the correct foot? Should the other foot be used? Was the ball hit with the correct pace and accuracy? Could the ball have released it earlier? What went well?

Goals & Assists
When watching a goal, it is crucial to recognize what went well while also looking for different outcomes of that play. You can even start to notice patterns (i.e., always shooting with the right foot) and challenge practicing the opposite (i.e., work on left foot shooting).

Runs
Runs can make or break a goal-scoring opportunity. The runs made should involve a change of pace and should involve one of two things: open up space for teammates or check hard into the open space to receive a ball. The hardest part about making runs is timing. As a forward, if the timing is off, an offside position is likely. In the game video, look for the speed of a run, the timing of the run (should the have started sooner or later?), and the result of the run made (was it necessary?).

Dribbling
The final piece of game video to look for is dribbling. Some easy questions to ask are: Should the ball release sooner or later? Did the pace change? If the dribbling was not successful, what moves or techniques should get worked on for next time?

Wingers have many responsibilities, but the main one is getting end-line and crossing the ball. In a Winger’s soccer game video, look at the placement of crosses in comparison to other players’ locations. Also, look at the type of ball given. It doesn’t matter if it landed near a teammate if they aren’t able to finish in one or two touches. The second piece of a good cross is eye movement. If you can tell on the video, watch to see if the head lifts to take a peek at other teammates. As a winger, not only is serving skilled crosses necessary but also making sure the Foward can finish. Take a look at the Forward’s section above on runs and ask the questions: Was the Foward’s run well-timed? What was the result of the cross and run?

Attacking midfielders should focus heavily on the technical part of the game. Three pieces make up a great technical player: 1) clean first touch, 2) speed of play, 3) and showing control in tight spaces. When watching soccer video, look closely at the distance and the direction of the first touch. A clean first touch (generally speaking) keeps the ball close and away from the nearby defenders. Attacking midfielders can also keep track of the specific foot and the part of the foot that is most often used. In training, focus on the weaker foot.

Connected to the first touch is control in tight spaces. Take note of the instances where multiple defenders are near. Was it solved? If not, what could be different? Finally, in the midfield, it is important to make quick decisions. Remember, it is not always the case that faster is better, but it is key to know what to do before making a decision. In the soccer game video, take note of all possible options; Was there a better option than the one chosen? Did a shoulder get checked before receiving the ball? Was the first touch set up for an easy decision?

Defensive center-mids need to stay consistent. Defensive center-mids dictate the tempo of a game, and it is their job to maintain possession and disrupt the opponent’s attack. This position should focus attention on possessions through the game. If possible, keep track of passes completed and rank the difficulty of a pass. An excellent defensive mid means keeping possession while also breaking lines with dangerous through balls. Another key role of a defensive center midfielder is winning balls out of the air. Ask these questions when watching air balls: Was it won? If not, could it have been won? Was the correct decision made in the air (could it have brought it down and played, or did it need to be cleared)? Finally, take a look at defensive tackles during the game. As a midfielder, body position should force the attacker away from the goal. If up the field, force the attacked away from their next best option. Always take note of body position and the success or mistake in the positioning.

As a defender watching video, focus on all defensive efforts made whether that be in 1v1’s, small groups, crosses or corners, blocking shots, or chasing down players. Similar to the defensive center-midfielders, it is vital to know which way to show an attacker. As an outside back, most often, the attacker should be shown towards the line. When analyzing this, look at the position of a defender’s hips. Are they facing in the correct direction and in a way that can quickly turn to run? Be sure as a defender never to square to the attacker or flat-footed. In the game video, decide if the defender shows the correct direction. If it not, determine why. Depending on the team style of play, a defender could look a little different on the offensive side. However, as a defender, it is essential to keep possession after winning a tackle. Go to the parts in the game where the ball gets cleared out in the air and note other options: Was that the best choice made? What would be a better option, or what was the next best option?

Goalies have one primary responsibility, which is not to let any balls in the goal. As a goalie, the game video may not be extensive, but moments on and off the ball must be analyzed. A goalie also plays a role in the shape of the backline. When watching the video, focus on the shape of the team either in buildups, defensive moments, or during set pieces; Are they set up correctly? What needs fixing? Could it have vocalized that better? The second piece of a goalie’s success is distribution. Similar to the defenders, take note of back passes, punts, throws, and rolls out. Look for alternatives decisions and decide if it was the best choice. When watching punts or drop-kicks, follow the ball to see the distance. Finally, if scored on or a goal-stopping save happens during the game, look at the buildup and the aftermath; What was goalies footwork? Was there hesitation or a move made to early? Was body position correct to make the save?

You should now feel properly prepared with questions going into any soccer game video you watch. Even if you don’t have access to your team’s game video, you should be able to apply these same questions to all video (even the professionals).