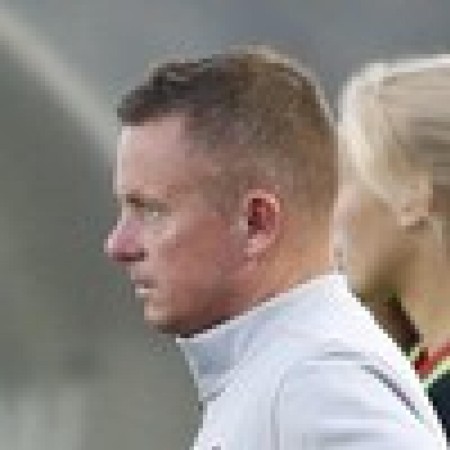 By Michael Needham
Michael Needham spent the last four seasons as an assistant coach for the Ohio State Buckeyes women's soccer team. One of Needham's responsibilities was building the future recruiting classes. In his first season with OSU, Needham helped the Buckeyes to their first outright Big Ten championship and was part of the Walker-Hock's staff that earned United Soccer Coaches Midwest Region Staff of the Year accolades. Before Ohio State, Needham spent six seasons as head coach of the Rhode Island Rams and has been coaching at the collegiate level for the last 20 years.

At Ohio State, I was responsible for building the future recruiting classes. I’ve spent countless hours pouring over highlight reels, game film, meeting with players, parents, and youth soccer coaches. I knew I was staring at the future of recruiting the moment I saw a Trace iD.

I’m no stranger to recruiting profiles, YouTube channels, or any of the other “recruiting platforms” that have come up through the years. The standard was players sending ground-level footage or bouncy videos filmed without a tripod. Some of these unedited segments could be up to 15 minutes long without visually calling out the player, rendering them virtually useless to a recruiter. We made it work, but all of these never felt complete.

Looking at a Trace iD, I immediately knew it was something different.

I was watching the player within seconds. I knew who the player was because of the spotlight. And most importantly, I was given context about the specific play I was watching. I knew the game’s score, who the opponent was, what type of play it was, and when the game happened.

I found myself flying through this player’s feed of moments. I reached the point where I was really excited about the player and told myself I needed to watch their full game film. I then realized I was hovering over a control bar that included the button “see full match…” After a quick click, I was delivered to the Trace Game Results experience. Something that I had become familiar with as it kept popping up in my inbox over the last year or so.

At the end of my session, I felt like I had a complete view of the player. When I checked on this player’s Trace iD a couple of weeks later, there was new content. I couldn’t believe it. With this continuously updating feed, it felt like I was getting a deeper insight into the player, and it was the closest thing I could imagine to being at those games recruiting in person.

I decided to dig a little deeper to see who was behind Trace. I found David, the founder, on LinkedIn, and my curiosity propelled me to reach out. Like many college coaches, I was beginning to view Trace as a resource for discovering new talent, and I wanted to be sure I was making the most out of the product as a tool for recruiting. David emailed me back within an hour, and the next day we spent two hours talking about Trace and the future of youth soccer video. As we wrapped the call, David asked, “Have you ever thought about leaving D1 soccer?”

Today’s my first day at Trace, and I can’t wait to work with the Trace team to revolutionize the way players, parents, and coaches capture and utilize game video.