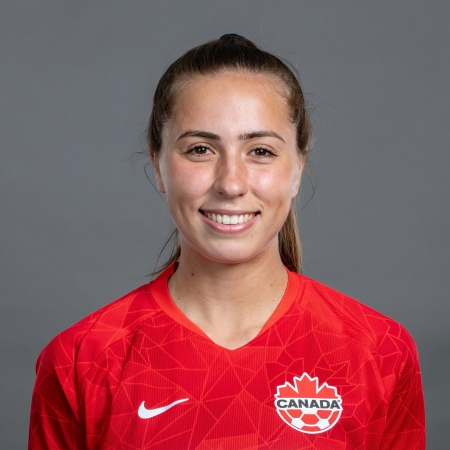 This is the first post in a series we’re calling Youth Soccer 101, where our team at Trace tries to answer some of the most frequently asked questions we hear from parents of soccer players. Tag @traceup on Twitter with your question for future posts.

Female youth soccer in the US is a growing and ever-evolving sport. This can be overwhelming to parents and players due to the large number of leagues and clubs available. That being said, this post will provide some clarity around one common question parents often ask: What’s the difference between ECNL and ECRL? And where should my child play?

Here’s everything you need to know about ECNL and ECRL and their significance in the American youth soccer system:

The goal of the ECNL Girls is to change the landscape for elite female soccer players in the United States with innovative, player-centered programming and to enhance the overall experience by creating a better, more enjoyable, and more successful player, coach and club development model. (US Club Soccer)

ECNL is the first-tier league and ECRL is the second-tier league. ECNL is considered to be the more competitive league. But it’s important to note that the second tier structure is basically an expansion of ECNL. With more and more talented athletes playing soccer each year, the talent pool and depth of players has increased dramatically year over year. The demand for a training environment for more players in different geographic locations resulted in the creation of the ECRL.

The biggest difference between ECNL and ECRL is that is ECRL is limited to playing teams in their region, whereas ECNL teams play nationally. When making the decision between the two leagues, one needs to consider the athlete’s talent, preferences, mobility, and long-term soccer goals. The ECNL requires a higher level of commitment from its athletes and parents but provides the benefit of playing the best of the best teams in U.S. soccer.

Both leagues are competitive and have intense selection processes, so players cannot go wrong with either option. ECNL and ECRL playing structures operate quite similarly with year round seasons and top level tournaments, including the Open Cup where the ECRL has the opportunity to compete against ECNL teams. If you and your child’s goal is to eventually play for a team within the ECNL, the ECRL can be a good avenue to get visibility, play competitively, and receive quality training.

The ECNL holds high standards to help each player maximize their potential and strive for their future goals. The league also encourages players to express themselves and follow their passions, whether that means playing professionally, nationally, or for a college. ECNL top goal scorer Olivia Hernandez shared her personal experience from her time playing in the league:

“It’s very competitive as you can travel nationally and play top teams in the country. It’s also a great opportunity to be seen by college coaches and get scholarships. This is my first year of ECNL and I’ve been able to see the difference between playing better competition and improving from playing better teams. Also I’ve been able to travel out of just my area and the Midwest so I can play some of the best teams in the US.”

As Hernandez mentioned, the league provides more exposure for its players to be recruited. The ECNL continues to aid in the recruiting process by teaming up with Trace as their official video partner. More than 50 ECNL clubs are using Trace to record and analyze soccer games and access player metrics. ECNL Members can learn more about their Trace benefits at www.traceup.com/ecnl.

"This is the easiest filming system for players and coaches."